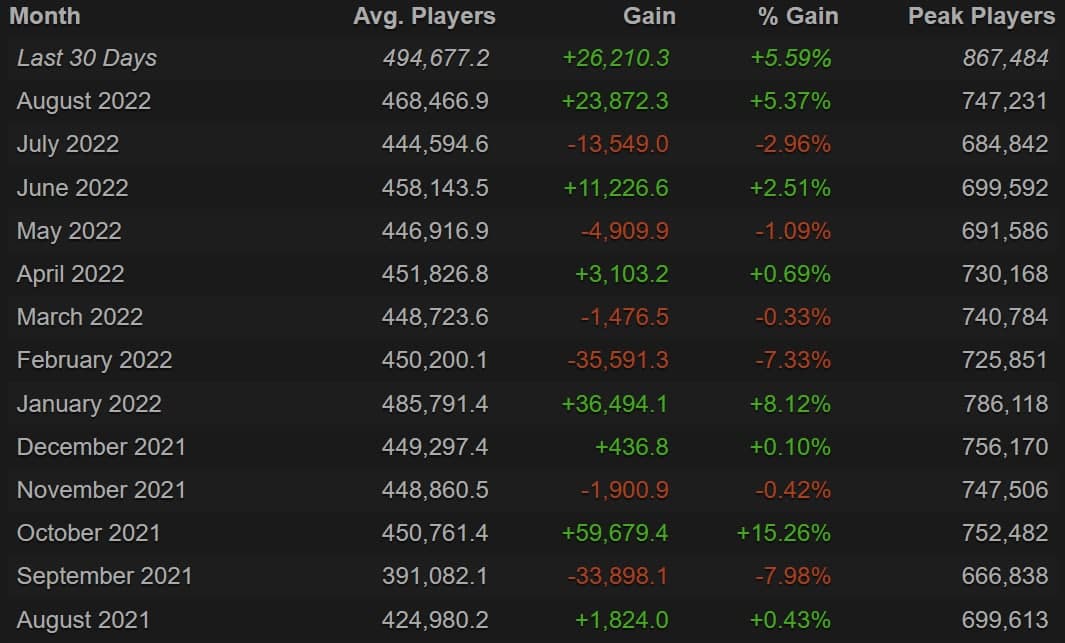 When compared to August, Dota 2 peak online increased by more than 120,000. This can be attributed to the release of the new Battle Pass, as well as the launch of the sale of player stickers that appear at The International 11.

So far, Battle Pass 2022 has raised The International 11 Prize Pool to $11.97 million. Until the end of the championship, 25% of all Battle Pass sales go to the prize pool.

Entity captain Dzmitry "Fishman" Palishchuk reported that his team is almost complete at the bootcamp in Singapore. He also noted that they would train with Evil Geniuses from North America.

Natus Vincere from EEU has come to Singapore and started training already. Their bootcamp takes place there. Volodymyr "Noone" Minenko shared the information about this.

Dmitry "finargot" Plusnin, a caster of the Russian-language studio, reported that PGL removed him from the staff at The International 11. He shared this information on the prodota forum.